A Poisoned Cupcake: The Truth About Having Children with Food Allergies

Our town holiday parade was a few nights ago. It is a fun way the community kicks off the holiday season. Businesses on main street stay open late as folks enjoy visiting with one another and window shopping. The parade floats throw candy to the kids sitting on the sidewalks while parents sip on coffee and hot chocolate. It is a wonderful evening, and a beautiful picture of small town America.

As my family made our way into one of the stores, my son discovered a snack table set up with treats for stoppers by. Piping hot cider and popcorn were two of the things offered, and I didn’t think twice as his little hand reached for a pre-portioned cup. He was just about to take a bite of a tortilla rollup when I quickly pushed it out of his hand. We hadn’t asked! I was going to let my son eat something without knowing what was in it. I had been so caught up in the festivities that I didn’t think to ask if the snacks contained nuts.

I apologized to the kind woman on the other side of the table for my rudeness and explained that I have two small children with severe nut allergies. She gasped. “The popcorn has nuts!” I looked down to see that the cup I was holding had peanuts in it. I hadn’t even seen them mixed in with the popcorn. It was a mistake that could have easily been deadly. We were lucky. The night could have had a very different ending.

I remember the first time that I heard of a school that banned nut products from being brought into the building. I thought it was just another way that parents were overreacting. I thought it was ridiculous. The way that those parents would make the lives of everyone else difficult because their child had an issue was just sad.

I am so ashamed of my thinking. When I had children of my own, I tried to approach the peanut butter issue safely. I knew that you weren’t supposed to give peanut butter to children under the age of one (Now I think they recommend 2.) I had no previous problems with my son, and when my daughter turned one, I carefully introduced peanut butter. Just a small dab on a piece of bread and I watched her like a hawk for an hour.

She had an allergic reaction, but I didn’t know it. I thought it had to look like choking or rashes, but for my sweet girl, it looked like a few red bumps around her mouth. I missed it.

So, I gave it to her again. This time, after she tried it, she seemed tired and fussy, but it was lunch time, and she was due for a nap. I put her in her bed and missed her second reaction. She woke up with swollen eyes as if she had been crying for an hour. I didn’t know that allergic reactions look like that also.

The third time I gave her peanut butter, I spread it across a piece of bread and tore it into tiny pieces on her high chair. Anywhere it touched her skin she got a red welt. Her lips and her face swelled immediately, and her nose began to run. This time, I caught it. I gave her a large dose of Benadryl and called the pediatrician. I didn’t know how lucky we were that the Benadryl was all she needed.

Did you know that mild food allergies can progress to anaphylaxis suddenly? Even those who have only had a mild reaction in the past can out of nowhere have a reaction that closes their airways and suffocates them in a matter of minutes?

I quickly learned as much information as I could about food allergies. I learned how to avoid foods with nuts. I learned early warning signs. I researched treatments. I learned what to do in an emergency.

I learned that you can do everything right in a food allergy emergency and it still not be enough. If you remember, a family in New York tragically taught us this when their daughter mistakenly ate a dessert with a peanut butter icing. She spit out the food, her parents gave her Benadryl and three shots of epinephrine (adrenaline) designed to stop the reaction, but none of it worked. She slipped from this life while her parents watched helplessly. They had done everything right.

I had no comprehension of how dramatically food allergies effect everything. We do not buy anything from the grocery store before checking the back label. We do not eat at a restaurant for the fear of cross contamination if we do not have our shots with us.

We don’t just avoid simple nuts and peanut butter. If you turn over a package you will see an allergy warning on the bottom of nearly all products. It might read “Contains” “May contain traces of” or “Processed in the same facility as” and then a list of the major food allergens included in the product. If nuts are anywhere on those lists, we do not buy it.

Can I illustrate something for those of you who have no former experience with food allergies? It’s horrible. It really is a horrific example, but I want you to grasp the gravity of those with this diagnosis.

Imagine you bake a dozen beautiful cupcakes. You put in your eggs and flour and sugar. You continue down your ingredient list, but at the end, you add in a little bit of rat poison. You bake them, decorate them, and set them on a table in front of children.

That is what I see when I walk through the grocery store. 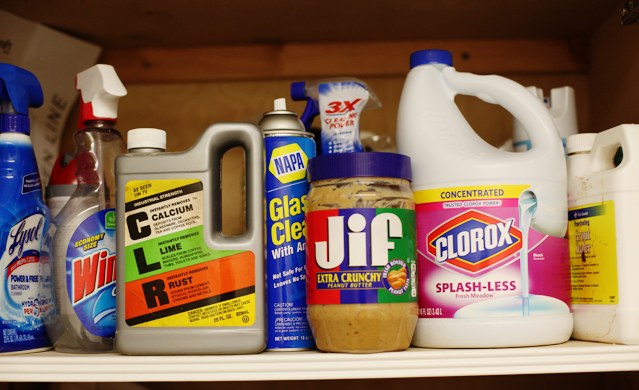 I don’t see peanut butter. I don’t see a package that says “may contain nuts.” I see an open box of poison with a scoop in it. I read, “May contain poison.” “Processed on the same equipment as poison.” Poisoned candy, poisoned snacks, poisoned desserts.

But this poison is not where it belongs. It is not up high in a locked cabinet. It’s not with the bleach and harsh chemicals. It is in food. It is in delicious cookies and cupcakes. It is in restaurants, in lunch boxes, and in cafeterias.

It is terrifying. I had no idea the terrifying truth of having a child with a food allergy until both of my children were diagnosed. Some parents worry that their children will climb too high on a jungle gym and fall. I am afraid of something my children might eat.

My peace of mind was completely shaken when my son went to preschool this year. In early August, he had a severe reaction to cashew butter. I rushed him to the emergency room where the steroids and epinephrine were able to stop his reaction. He was diagnosed with a nut allergy just weeks before beginning school. At home, I had been able to monitor everything we had in our pantry. We kept a nut free environment. But at school? The teachers allow children to bring treats on their birthdays.

My heart drops every time I see that there is a birthday on the schedule. Not just because I am sad that he is missing out on something, but because I think, “What if he gets curious and eats it? What if it looks so yummy that he thinks that a little taste will be okay? What if he grabs the wrong juice cup and drinks after a kid who ate a peanut butter cookie? The proteins stay in the saliva for up to 5 hours! What if … what if… what if…”

Suddenly those parents who got nuts banned from school property didn’t seem like whackos. They are heroes! They have protected their children. They have not only created peace of mind for the parents of every student with a food allergy at that school, they have potentially saved lives.

This isn’t just my family. It’s not even just a few families. Nearly 15 million people in America face potentially deadly food allergies, and that number includes 1 in every 13 children. Researchers suggest that since 1997, food allergies among children in our nation have risen 50%. You read that right.

Our instance a few nights ago is one of many close calls that we might face. But if I write all of this to change just one mind, to show just one person how something so simple could be so fatal, it is all worth it.

So, from one momma to another, from one aunt to another, from one friend, one woman, one desperate advocate to another… please consider the seriousness of food allergies. Never offer a child food of any kind unless speaking with their parent first. If you are publicly offering foods with nuts, please include a small sign. If your child is eating peanut butter at the park, please wipe down their hands before allowing them to play on the equipment. Because even if food allergies do not directly impact you family, you can share this message and play a part in saving lives and bringing awareness to others. 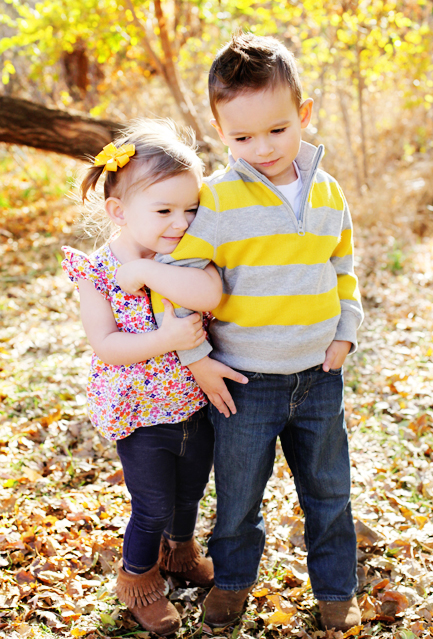 This momma sure appreciates it.