Truth For the Woman Who Feels Like She’s Sinking 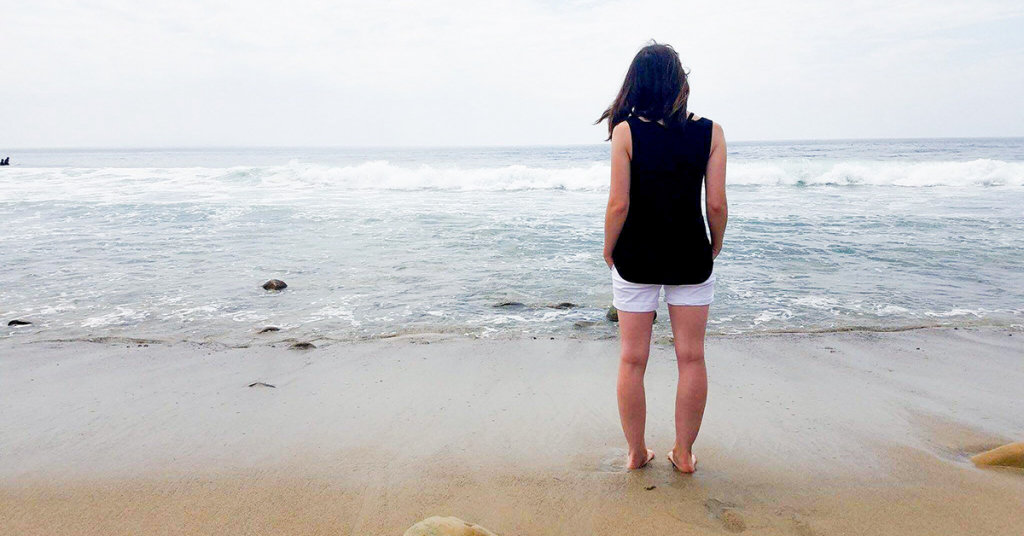 It was windy that night. I’m not sure how windy. The story doesn’t say. Scripture just says the boat was already some distance from land, battered by the waves, because the wind was against them.

You know this story. It’s the one where Jesus (and Peter) walk on water. Remember?

Jesus’s disciples are in a boat making their way to the other side of the lake when Jesus catches up to them. The guys in the boat see Him walking on the water and they’re afraid He’s a ghost.

When Jesus calls out to them, “It’s Me! Don’t be afraid,” Peter recognizes His voice and responds.

“Lord, if it’s you, command me to come to You on the water.”

And Peter climbs out of the boat and starts walking to Jesus.

You know, I wonder why we don’t spend more time cheering that Peter was brave enough to climb out of a boat and attempt to walk on water and why we spend so much time talking about the sinking part.

Maybe because sinking is more relatable than walking.

Maybe because big brave hard things aren’t as common as finding ourselves in a situation where we need Jesus to rescue us. Right?

Maybe it is because at some point, we all sink.

But that’s right where I want to pause with this story. Because have you ever really considered what it must have been like to be standing next to Jesus one moment and neck deep in water the next? (Maybe you feel like that now.)

Let’s imagine it. Peter begins to go down, looks up at Jesus and cries out, “Lord! Save me!”

And Scripture says that Jesus reached out and caught him.

I wish Scripture was more clear about what happened next. But here is what I guess took place. I don’t think they swam back to the boat. I don’t think Jesus walked on the water while dragging Peter through the water by his arm. Can you even imagine how ridiculous that would be!?

I think that Jesus lifted Peter up out of the water, and they walked back to the boat together.

I think Peter climbed into the boat wet… and I believe that he never forgot the importance of having someone reach down and pull you up.

All of the reminders that Jesus is just in front of you and to keep your eyes on Him aren’t working… and the wind and waves are very real.

You are overwhelmed… and all you can do is shout, “Lord! Save me!”

If that’s you, can I tell you some Truth right now? Sinking sucks. But there is something powerful that happens when you are pulled from the water.

… when you have the opportunity to see Jesus as One who will stand over you and pull you from the water… In that moment, you learn how to do something you wouldn’t know the true importance of otherwise.

You learn how to pull others to their feet.

Not long after that night and shortly after Jesus went to Heaven, Peter and his friend, John, were going to the Temple to pray one afternoon. As they approached the Temple, a man lame from birth was being carried in.

Peter and John looked at him intently, and Peter said, “Look at us! I don’t have any silver or gold for you. But I’ll give you what I have. In the name of Jesus Christ the Nazarene, get up and walk!”

Then Peter took the lame man by the right hand and helped him up. And as he did, the man’s feet and ankles were instantly healed and strengthened.

He jumped up, stood on his feet, and began to walk! Then, walking, leaping, and praising God, he went into the Temple with them.

I wonder if Peter remembered the night in water as he stood over that crippled man.

And I wonder if the moment Peter reached down and extended his arm to lift that man to his feet if he felt the the power of God moving through his hand the same way Jesus had.

Friend, I have no clue why you feel like you’re sinking. I have no idea if it’s kids or money or your marriage or your job or your health… or if it is all of it.

But I know this, someday when you’re back on your feet (because one day you will be) you’re going to need to know how to reach down and pull someone else from where you are today.

Someone is going to need to know how the Lord got you out of this.

So, to the woman who feels like she’s sinking… take notes. There are just some things you can only learn from being someone who sank.

This is an excerpt of a journal I created for you called My Real Story: One Year to Record, Reflect and Remember. You can learn more about it below.

One Year to Record, Reflect and Remember

We don't always recognize the story God is writing in our lives, but God has used every breath in every season of our lives to prove His goodness and His love... not just for us, but for the world around you. With mini-devotions, personalized prayers, reflection pages, and spaces to record those moments you don't want to forget, this journal helps you see that you have lived a story, you are living a story, and you have a story to tell.

For the Momma Who Doesn’t Know What She Feels

For the Momma with BIG Questions Right Now

For the Momma Struggling with Comparison

Parenting in a Pandemic

For the Momma Who Needs to Speak Kindly to Herself

For the Momma Who Just Can’t Keep Up

For the Momma Who Feels Like the World’s Worst

For the Moms Who Will Be Up Late This Week

For the Mom Who Doesn’t Think She Can Do This

For the Momma Who is Stronger than She Knows

The Pass/Fail Test I Wasn’t Prepared to Take

Maybe They Do Notice

My Body Broken For You

I have a feeling we are going to be great friends. 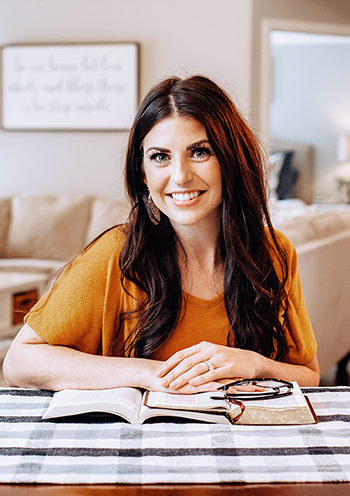 I'm Becky Thompson. I'm the author of  Hope Unfolding, Love Unending, Truth Unchanging, My Real Story, Midnight Mom Devotional (which I co-wrote with my own momma, Susan Pitts), Peace and Midnight Dad Devotional (which I co-wrote with my dad, Mark Pitts). They've been USA Today, Publishers Weekly, and ECPA bestsellers. They've been on store shelves in Target, Walmart, Barnes and Noble, and even Cracker Barrel. Most importantly, they are connecting women to what Jesus says is true.

I began writing online in 2013 when I created a small fashion blog which grew dramatically in just one year. After one of my articles went viral, I found myself with a large following and opportunities I hadn't imagined.

In my day to day life, you'll find me living in NW Oklahoma, spending my time as a wife to my husband, Jared, and a momma to our three kids.

I'm so glad that you have found your way to this website. For more information or for booking inquiries, please use the contact page. 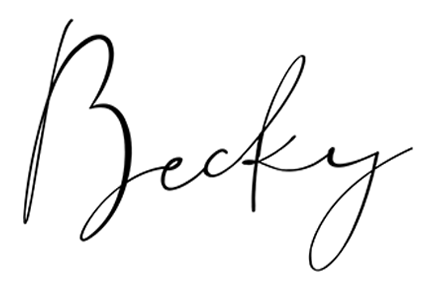