I Had a Miscarriage

It was a simple picture posted to social media.

A man sitting behind his wife with his arms wrapped around her… hands gently resting on the sides of her tummy. She wore the world’s brightest smile and a shirt that read, “Momma-To-Be.” It was how they would announce… We are expecting! 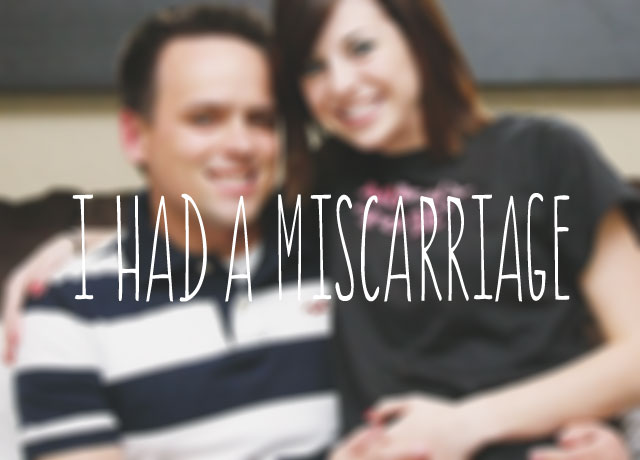 It had only been a few days since the test confirmed the pregnancy, but they weren’t shy about sharing the news.

Like after like… and comments full of congratulations… People they hadn’t talked to in years all giving them digital hugs and slaps on the back.

But less than a month later, the picture had been deleted. The closest friends and family notified.

…When their greatest joy turned into their deepest sorrow in the most suffocating silence.

It has been nearly seven years since that day. I have told and retold and written the story of our loss. I have processed what happened, and shared to inspire healing and hope in others… but one thing I wish that I had done when we lost our baby was say…

“I had a miscarriage.”

I wish that I had been able to say the words out loud. I wish that I freed myself from the pain of suffering silently. It was easily one of the most significant events in my life. Everything had changed. The baby that I had been preparing for… the life that I had planned… the dreams that had been dreamt… were just gone.

And I didn’t know how to say it.

I didn’t want sympathy. I wanted my baby.

But more than anything, I didn’t want the memory of my baby to die too. Like it never happened.

As if they weren’t people.

So, today… in the middle of this month that they say is for remembering the ones we lost too soon… I will say what I wish I had said all those years ago…

I lost a baby.

And then six months later, I lost another baby.

And even if the world never got a chance to know them, I want it to be known that they were loved.

And I will proudly and loudly stand alongside my friends who refuse to let their precious babies be forgotten as well.

As always, With love.

I’m a best-selling author and full-time work at home momma writing and raising my family with my husband, Jared, in NW Oklahoma