I stood there in the middle of the elementary school crying. As she told me about what had happened on the playground, I just couldn’t help it. I couldn’t keep back the tears. 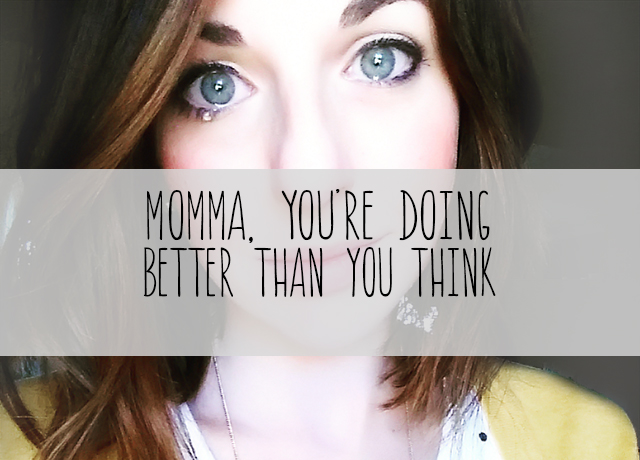 I had dropped Kolton off at school this morning just like every other morning (except this morning we weren’t the last ones there.)

“Here is your backpack. Here is your lunch. Grab your coat, sweetie,” I said as I opened the van door.

Except it wasn’t there. I had tried my hardest to get out the door this morning without forgetting anything. Most days, I have to make a trip to the school before noon because something has inevitably been left on the kitchen counter or in the backseat of the van. This morning was going to be different. As a matter of fact, I had written a little note to his teacher and tucked it into his kindergarten folder.

“The last few weeks have been crazy. Trying to get it all together. We will try not to be the last ones to school every day. Thanks for all you do.” (Or something like that.)

But as he climbed out of the van without his coat, I promised that I would bring it to him before morning recess. He hugged me, we crossed the street together, and then he went running into the building.

The rest of the morning went on like any other day. I took my daughter to school… and life just happened as usual.

Except, as I was standing in my house at 9:45, I realized that I hadn’t brought my son his coat.

What time to do they go outside!?  I grabbed my own shoes and car keys and flew out the door.

“He’s going to be freezing. Maybe they kept him inside. Maybe they didn’t make him go out without his coat today. Oh my gosh. I feel so awful. How did I get so busy I forgot his coat?!”

I worried the entire way there and into the building.

“Is kindergarten outside yet!?” I asked the receptionist as I burst through the front door imagining my son shivering in the cold.

“I think they just went out there.”

I knew I shouldn’t run. But I couldn’t help it. I couldn’t believe that I had let him down.

But as I came around the corner, I saw him, lined up against the wall with all of his friends looking down the hall and hoping that any minute I would show up with his little coat.

He ran to me and squeezed my legs.

“I came,” I replied holding him tight and holding back tears. “I made it.”

I try so hard to be the best momma I can be to my kids, and despite my best efforts some days I feel like I’m just failing at it. I worry that I’m letting them down. I am afraid that they don’t know how much I love them. Do you ever feel this way?

But today was different. I was in the middle of that mom-guilt when I was stopped by one of Kolton’s teachers.

“Hey. I need to talk to you,” she said as she pulled me aside. “I need to tell you what happened on the play ground the other day.”

I just stood there waiting to hear how my son was struggling or how someone had been mean to him. A million thoughts passed through my mind, but as she began to speak… I just started to cry. I couldn’t help it.  She said that she saw Kolton sitting alone and looking a little sad. When she asked him what was wrong, he said that all of his friends wanted to play zombies and he wasn’t supposed to. He said that his momma had told him not to… that it wasn’t good.

She said, “I know that as parents you don’t always get to know everything that goes on while they are at school, but I wanted to tell you that his character is shining through. He is doing what he knows is right even when you’re not around.”

And I cried. I cried right there in the middle of the elementary school. Not because my kid didn’t play zombies with his friends (because really it is just a personal conviction of ours. It doesn’t mean the other kids who were playing were wrong for doing it… it is just a belief unique to our house) But I was crying because my kid listened to what I had told him mattered. He was living out my hopes for him. He had heard me.

This momma thing is stinkin’ hard, friend, and there are so many things to worry that we might be getting wrong. But there is something about having a person stop you and look you in the eye and say,

It’s paying off. All that hard work? It’s worth it. They’re getting it. They’re hearing you. They might not seem like it all of the time, but they’re listening. They’re learning. They’re becoming… all thanks to you. And someday soon there will be a return on each moment of love that you pour out. Because just when you’re certain that something like a forgotten coat, or a lost temper, or a lack of patience, or a missed field trip defines your motherhood, you realize that you’re doing so much better than you think.

Keep it up, Momma.

I would love the chance to continue to encourage your heart! Grab a copy of my book Hope Unfolding wherever books are sold including Amazon, Barnes & Noble, or Target. 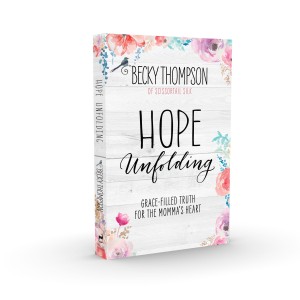 Share this page with someone who needs to hear this too.